Everyone – regardless whether they are a shooter, a parent or just a nice guy/gal driving down the road – should have a well-stocked kit – “The First Aid” kit - that they carry with them every day. I put mine in my day bag. I update the supplies every year in May – just prior to our annual camping trip to a little island in Lake Michigan. We’ll talk about it someday – just what you should have in it – but not today, that’s not the purpose of this post.

Everyone – especially shooters – should have a BOO-BOO Kit – stocked with alcohol wipes, assorted sizes of cloth band aids, antiseptic cream, medical tape – to name just a few items. We’ll talk about it someday as well – just what you should have in it – but not today, that’s not the purpose of this post.

But, today, I want review what I believe should be in your “Holy shit George just got shot and he’s bleeding out!!!!” kit, why it’s there, where to carry it and what your priorities should be.

A Blow-Out Kit (BOK) is designed to handle a catastrophic event – typically a gunshot to an area of the body containing large arteries or chest wounds that would allow lungs to flood with blood or that produce “sucking” wounds allowing air and blood to mix in the victims lungs and allows them to collapse.

We have all learned the ABCs of first aid – Airway, Breathing, Circulation. If the victim isn’t breathing, clear their Airway, insure that they are Breathing. Check to see if they have a pulse insuring Circulation. If B and C are absent, perform CPR until help arrives. (Yes, I know, new guidelines, yadda, yadda, yadda – I would perform CPR, NOT just compress their chest.)

While doing this, watch for symptoms of shock as well – when the body shuts down to protect its vital components.

However, with a catastrophic gunshot wound, a new priority appears – Bleeding. And, it becomes your primary concern – stop the victim’s bleeding before blood loss becomes so great the ABCs no longer play a part in the survival of the victim – they “bleed out” and die instead.

There are three primary arteries to be concerned with; Carotid, Brachial and Femoral. In general, the larger they are, the quicker the victim can bleed out. The Brachial and Femoral wounds can be mitigated through the use of direct pressure or a tourniquet. The Carotid becomes more difficult since it is the primary blood source for the victim’s brain. Should any of these be severely damaged, death can come in mere moments. 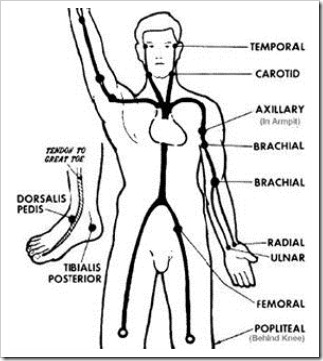 So what components should you have in your Blow-Out Kit (BOK) to help George before the EMTs arrive? I’ve just updated my kit, let me show you what’s in it and why.

Obviously, your very first response should be to call 911, give them your name, address and what the problem is. If another shooter is available, have them call while you respond to the victim.

(NOTE: All images are linked to a Amazon source)

A good pair of gloves in important for a couple of reasons; it protects you from blood-borne pathogens (AIDS, Hepatitis are two that comes to mind), it protects the victim from infection from you as well, and gloves make a much better seal if needed than a bare hand. My choice comes in a nice little ten-pack from Rescue Essentials. 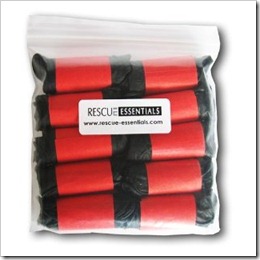 A tourniquet is a rapid fix to a big problem. Its purpose is to compress the artery, about 3 inches above the wound, to staunch the flow of blood. I have the SOFTT-W Tourniquet in my kit made by Tac Med Solutions. It has two advantages, it does not need to be slipped over a limb but can have one end detached while you get it in place, then it’s easily tightened. Secondly, the windless is aluminum rather than plastic. That helps avoid a broken tourniquet just when you need it most. 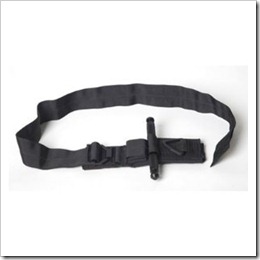 For large wounds that refuse to stop bleeding, a QuikClot gauze can save the day. In the VAST MAJORITY of cases, direct pressure and a good combat dressing will stop the bleeding. For those cases where it does not, and the EMTs are not coming, QuikClot gauze is a tool that can save you. I recommend Z-Folded because it lessens the possibility that the whole roll will simply drop out of your hand and go rolling across the ground.

Early forms of QuikClot had issues with excessive heat generation that could actually damage tissue. The new generation of product has reduced this risk, yet most EMTs that I know are forbidden from having this type of product in their kits. Me, if I have a real problem and assistance is a long way away – I will use this, save myself or my friend, and deal with the results after help arrives. 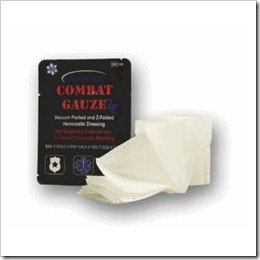 A good pair of Medical Scissors is a must. They are used primarily for removing or opening clothing to get to the wound as well as for trimming off gauze. They should be large enough to handle easily with a gloved hand and to cut and remove heavy material like jeans, tactical pants or shirts.  I carry Prestige Medical Fluoride Scissors made by Prestige Medical. 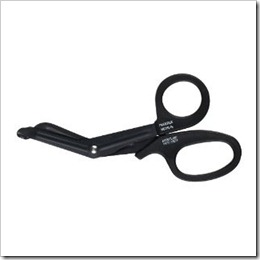 Once the bleeding is controlled, you will want to keep the wound clean and to keep a constant pressure on it. One of the best ways to do this is with a tactical dressing and one of the best on the market is the Israeli Dressing. I carry the Tactical Trauma Dressing (Israeli Bandage, 4 Inch) by OEM . 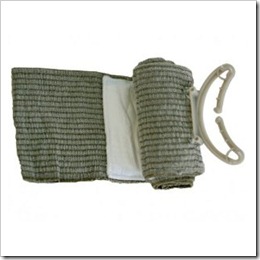 There can be many instances when additional pressure or the ability to secure a limb in needed. One of the easiest ways to do this is to use an Ace Bandage. I got mine through Amazon directly from ACE. 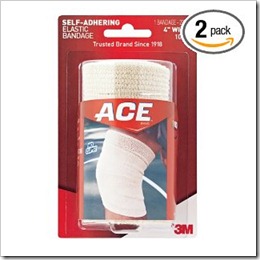 A pair of Chest Seals

Your lungs are the equipment your body uses to oxygenate your blood to get oxygen to your body’s cells. In the event of a chest wound, your lung can begin to deflate, reducing your ability to breath. Prior to putting a dressing over the wound, it helps to seal the wound to prevent the escape of air and the collapse of y our lung. A simple plastic sheet can help when held in place by a dressing. However, it can move quite easily. The use of a chest seal is much more reliable. They come in a 2-pack to cover both the entry and exit wounds. I carry the HALO Chest Seal sold by Progressive Medical. 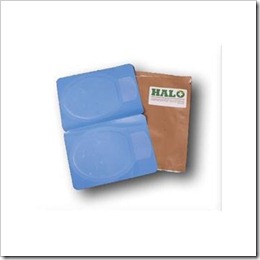 How should I carry this stuff??

I carry my components in a small pouch that’s no longer made. There are a ton of them out there and I have no real recommendation other than it should easily hold all the components in as small a package as possible.

Obviously, if you don’t carry our BOK, it’s of little use. If you have your gun on you, your kit should be reachable. This will require some playing with the packaging, but in the event you have your femoral artery shot away, the fact that your BOK is in your first aid kit in the trunk of your car will be of little comfort.

Finally, there are a number of fine companies that offer training in attending to catastrophic wound trauma. If you are willing to spend hundreds of dollars on training courses for using your weapons, spend a couple hundred bucks take a combat trauma course – it could easily save your life!

When I post about having your weapon along on a daily basis, I usually say something like . . . .

Posted by eiaftinfo at 8:17 AM