Let talk about the rifles first.  My intention with the 3 different calibers is to build a viable Designated Marksman program for small police departments.  The majority of the range work is completed with the 22LR Ruger Precision and is used to develop and maintain the basics of marksman ship at a considerably lower cost that say doing all the work with a .308.  The cost difference is $.11 for 22LR vs $2.15 for a Hornady 168 Grain ELD Match cartridge.  The DM can send 19 rounds downrange for every 1 Match cartridge.  Quite a difference.

That said, the DM must work through the larger caliber round and the recoil mitigation as well.  To do that, I encourage a substantial amount of work in a .223 Cartridge.  I have chosen the Ruger American Rifle – Predator.  This offers more recoil, offers an “easier reach” out to 100 yards and still costs substantially less that a .308 Match Cartridge.

Still, the DM must end up at the actual rifle use for the DM function and I’ve chosen the Savage 110 Tactical with a Vortex 7x Scout Scope.  Data shows that the average distance for such an engagement is 51 yards.  This rifle/scope combination is more than up for the task.

As an aside, for this trip I used either a bipod or a bag for the front rest and a simple palm hold for the rear – no rear bag on this trip.  Honestly, I saw little change in performance for the trip.

Still, you have to periodically test yourself on the range with these platforms and that’s what I did today.  I began with the 50 Yard, 12-Target, target and a 5-round engagement with the 22LR Ruger Precision on the first 10 targets.  A “hit” is a round within or touching the 2” circle.  Passing is a 90%, I shot a 96 – I’ll take it.  For a DM these targets should be shot weekly – 50 rounds a week. 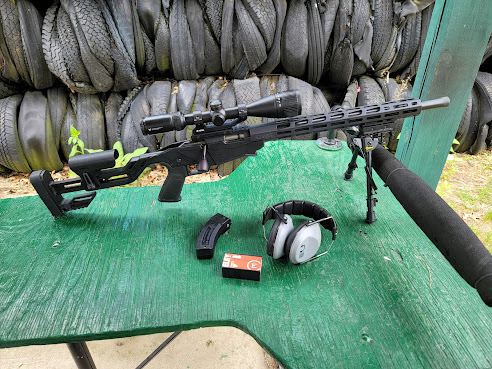 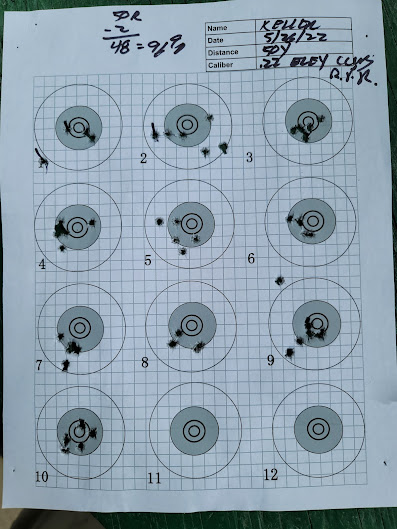 Next was a switch to LETargets SEB target and the Ruger American Rifle – Predator in .223 with a Vortex Crosfire II scope.  A total of 40 rounds were fired.   Passing is 90%, I shot a 100%.  More than pleased. 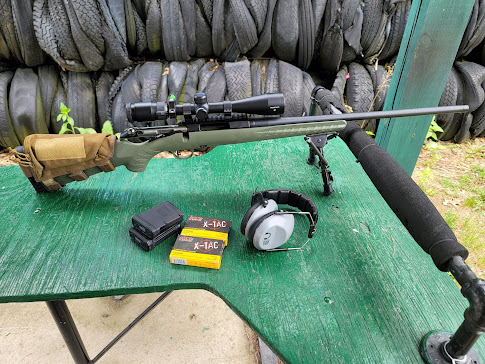 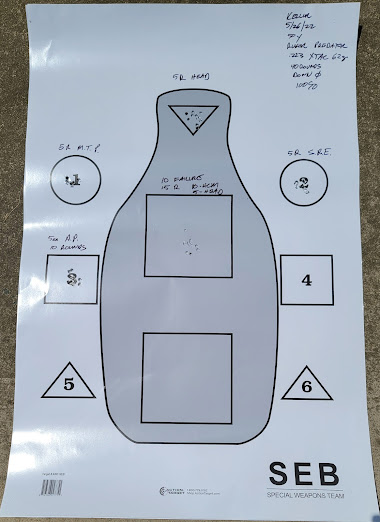 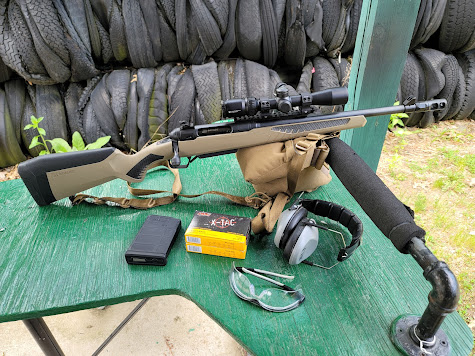 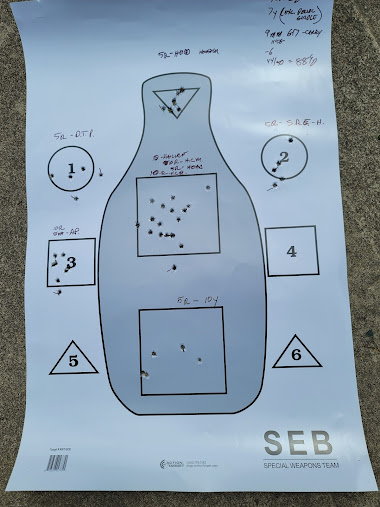 So my take aways from today.  I believe the results verified that consistent and solid work with the 22LR Ruger Precision does, indeed, help maintain a solid foundational skill set.  And, that skill set carries forward to larger caliber platforms like the .223 and the .308.  Either the Ruger American Rifle – Predator or the Savage 110 Tactical in .308 would make a viable Designated Marksman rifle with the final nod being given to the Savage because its larger caliber, the ability to “punch through” more barriers and it’s compact carbine format with a Scout Scope providing good visibility for the DM and his/her environment.

Maintaining such a perishable skill set simply requires time and consistent effort.  For the officer who chooses this role, given the budgetary limitations many departments struggle with – I believe the use of the 22LR with intermittent confirmation with their actual DM rifle is a solid option.  Of course, the cost of the 22LR rifle and ammunition will typically be on the officer’s shoulders.  That said, at a on going cost of about $11 per box - $44 per month – I believe this falls within the realm of possibility for a DM to fund his/her own training costs.

Regardless, let me know with you all think – always looking for ideas to improve things.

Posted by eiaftinfo at 4:15 PM