This imaged grabbed my attention today . . . 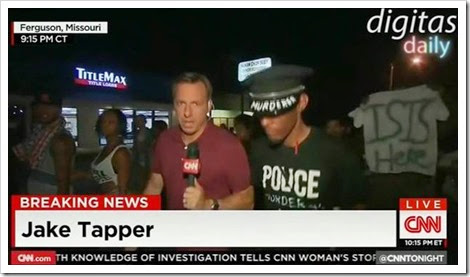 One of the key elements that gives ISIS so much power over people – especially those already inclined to evil – is the foundational belief that everyone that believes differently, and refuses to convert, is of no value. It allows those darkest of dark areas of our soul – those insanely evil parts that permit gruesome murder, beheadings, rapes, the wholesale slaughter of youth in ditches, the sale of women and girls into slavery, stoning . . . those parts of us that are typically only envisioned in moves like “Saw” or “Halloween” or “Elm Street” . . . In fact, that such atrocities are considered religious acts cleansing the area of the “kafir” . . . a “voice”, a path to action.

In terms of population, there’s an estimated 1.8 BILLION Muslims in the world today. 43% of 1.8 BILLION . . . there are 774 MILLION that are accepting of violence against “kafir” to reach the stated goal of the Muslim faith . . . conversion of the world to Islam. That’s a number larger than twice the population of the United States. Breathe that number in for just a bit.

Let’s move our attention to disaffected black youth in our country today. They are – by CHOICE – uneducated, unemployed, restless and jealous of all the “haves” in their community while they see themselves as a “have not”. president (small “p” FULLY INTENDED) Obama ran on a platform of “they have it . . . you want it . . . I’ll take it from them . . . and give it to you!” and he won handily in the black community, because they have been suppressed since first arriving on a boat as a slave in 1700 n’sumthin. They are still slaves today – fully dependent on the largess of the government to put food in their mouth and shoes on their feet. And, if they can get that done . . . piss on it – they deserve it and they’ll just take it.

So am I painting with too broad a brush?

The silence in the black community is deafening . . . and very telling.

Ferguson is simply the latest in a string of black youth venting their frustration.

You have a very large segment of the young black population so filled with rage – it lacks only a pinpoint focus to sweep our country.

Gangs have provided some of this focus. They create a “family”, demand and receive obedience and use these young black men for their own gain – be it financial, territorial or simply intimidation. They are very effective. Yet, they are secular . . . tied to worldly things for their approval, gains, place. What if there were an alternative?

What if there were an alternative that . . .

And that all of these actions were fully justifiable and condoned by a common code of conduct?

What if there were a ready-made group that is begging for more members to join their cause to subdue the unbelievers? A group that had a foundational set of beliefs that commended these actions as pious acts and not as crimes against humanity.

A group such as ISIS supported by the Islamic faith.

Is it such a very large stretch of the imagination that the disaffected black youth look at ISIS, its conduct, its goals and finds a common cause in their fight against “the man”?

The black community is at a very perilous point . . . and I believe it could easily slide into madness. A second fight for the soul of the United States could easily pit a radicalized black Islamic culture against virtually everyone else.

Watch the footage of Ferguson, listen to the typical cadre of civil rights leaders, listen to the commentary of the MSM and the voices of the black youth on the street . . . and tell me it couldn’t happen here.

Look at the response of our current administration to the justified shooting of Travon Martin and the information of the on-going investigation into Brown’s killing . . . and convince me that their response is concerned with finding the truth rather than promoting a victim’s point of view.

Tell me why heinous crimes like the killing of Autumn Pasquale and their stuffing of her body in a trash can barely prompted a hiccup in the MSM but the killing of a robber attacking a police officer sets off riots and a 24/7 x 4 news cycle?

Convince me that should ISIS open their arms, share their religion and absolve all killing of whites or any other non-believer – that there are not a significant number of young black men – abandoned by fathers, mothers and society – won’t jump at the chance to take their place in the world.

The black community is playing a very dangerous game. Unless black leaders come forward – YESTERDAY – and get a handle on things . . .