I’ve heard this comment made about trainers . . . both Instructors and Training Counselors for the NRA. Its typical context is meant with more than a little derision with the implication that the Instructor or TC weren’t “real” shooters but rather “wanna bees”.

So, I thought I’d take a moment to introduce folks who visit here to their replacements . . . to the shooters that will be having a similar conversation long after you and I have had the lid closed on our life . . . 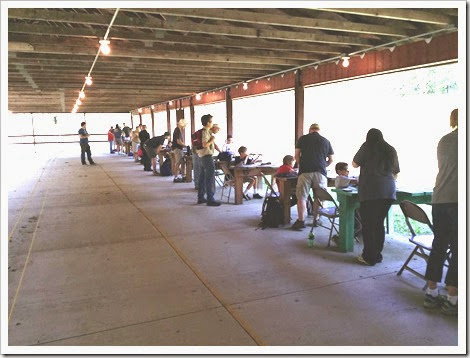 Here you see a typical “Marshmallow Blowgun” range . . . a 12” length of PVC acted as the blowgun, targets attached to the tarp provided the challenge while the tarp also kept the marshmallow out of some fairly wet dew-dampened ground. 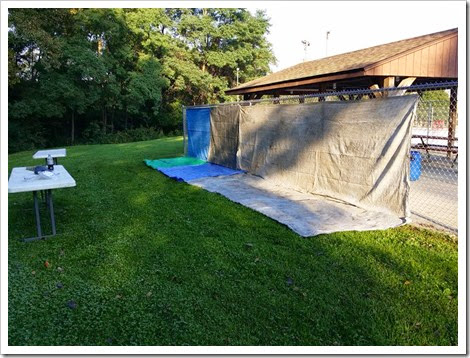 Next, a sling-shot range with pie tin plates as targets with large-dog, dog food as ammunition. The area critters had quite a feed I suspect once the tarp backdrop was dropped and the “ammunition” dispersed in the area. 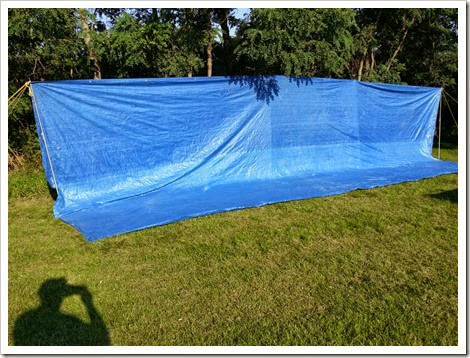 Some pretty spiffy rubber band handguns were next with the inverted cups acting a targets. 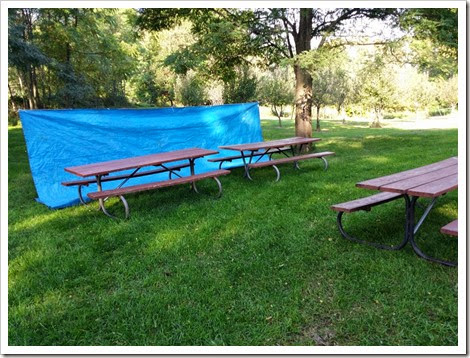 Next up was the archery range. A hard day’s shooting was available from 10 am through 4 pm. 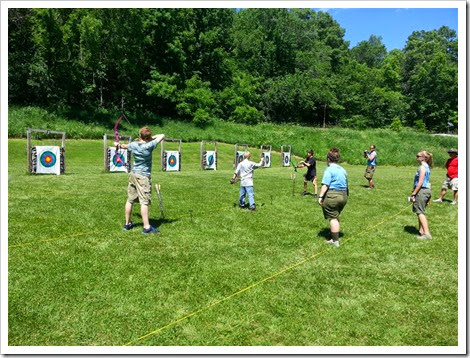 Finally, what every new cub waited for . . . the BB Gun Range. In years gone by it seemed that with training, travel and “settling down” some very excited critters most shooters only sent around 5 BBs down range. This year they were “banded” with different colored bands and assigned specific time periods to shoot with each period being 30 minutes long. We began at 10:15 am and the last shooter left the range at 4 pm. 24 benches . . . every bench filled and some with shooters on both sides of the bench . . . for every period . . . PLUS lunch . . . AND a “walk in” batch at the tail in. The day’s tally?? 250ish shooters were handled with each sending 30-50 BBs down range! A very good day. One mom looked at me and said “He say’s this is the best day OF HIS LIFE! He’s going to frame his target!” That was a pretty typical sentiment actually. The boys – and a large number of sisters – all shot. Another great thing . . . the number of mom’s that were helping their sons and daughters shoot! Very nice to see. 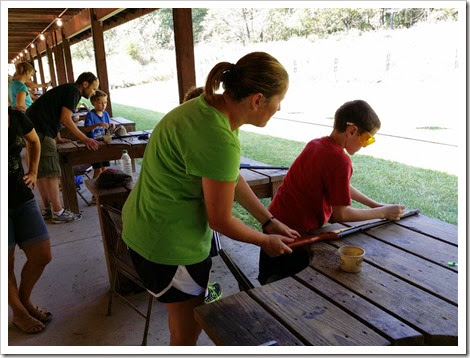 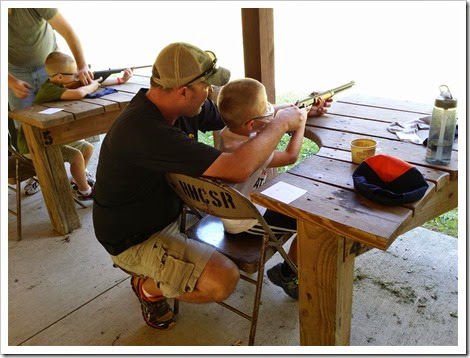 We started the range brief 10 minutes before the end of the current session. Gave the shooters 3 minutes to exchange the target they shot with a clean one for the new shooter. After the targets were replaced and the “old” shooters had left the range, the new batch took their places at the benches.  We did the first shot by command, helped as needed and they were off!! From the 2nd shot on they were “on their own” with the help of their parent or range staff.  There was plenty of time to coach the shooters as needed with 5 of us pacing the line lending a hand where needed. It is amazing how well these scouts did as a whole. I also worked with 3 cross-eye dominant shooters who quickly went from grumbles of frustration to “that look” a shooter has when he shoots a really good target.

So please, next time you harp on an Instructor or TC because they spend time with scouts or train new instructors who’s focus is scouting just remember . . . these are the shooting community’s future! If we loose them we will be doing real damage to a craft we all practice and love.