Everyone marks time in their own way – small events, “middlin’” events and life changers. They get recorded and set aside in our memories, many times accompanied by photos, letters, recordings as well as friends, family and loved ones. Time is a part of all our journeys sometimes passing quickly and many times simply evaporating before our eyes.

One of my “markers” is a cap – baseball – one each. I remember my dad as always wearing one. Mom would tell the story of the guys he worked with in “the shop” as chiding him that he must surely be bald. He’d whip off his cap and just smile – his head hosted a very full head of greying black hair.

While I have few memories of him, I have carried the tradition forward – virtually never leaving the house without a cap firmly seated. There is work to be done to insure a proper fit. I roll the bill to shield my eyes from the sides as well as overhead. And I crease crown directly behind the face of the cap. You’ll see what I mean from the following photos. Part of school shopping always included a new, navy blue, wool baseball cap – no logos, no insignias – just a plain, navy blue cap. It carried me throughout the school year and through the next summer – until fall again found us in Hubinger’s grocery store and the dry goods area in search of the next year’s cap.

My first official team cap was in honor of the Tigers 1968 World Series win. It is a tradition I carry on until today. It MUST be the blue, deep blue wool cap with a WHITE “D”, nothing else will do. This post came to mind as I reached up on the top shelf of the hall closet to lift it down and have it take its place as my Winter hat – my summer “Hurricane Ridge” cap set aside for the time being. There were others there . . . . here are some of my “markers”. . . 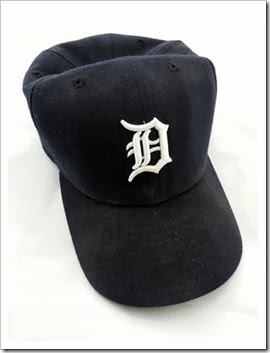 I was fresh out of basic and slogging through radio school while the Tigers fought their way to the top. It would be years before I would set aside military covers, flight caps, ball caps with squadron ID to again have the Tigers cap take its place on my head/shelf/door hook.

Most summers I pick a cap, now a days typically with a soft crown. Yet, each cap MUST have meaning – I’m not the promotional/free/just grab a cap kinda guy. This late summer/early fall a cap from Hurricane Ridge just west of Seattle took its place. In ’92 we took a trip with friends and traveled the Northwest for 2-weeks. One of our first trips was to Hurricane Ridge. It was a crappy day, heavy mist and wind and I decided I’d simply hoist my 3 ½ year old son on my shoulders and walk the trails. I learned many things that day – one was to come off the ridge and go immediately to a camping store for one of the very early models of the Kelty “kids pack”. Fast forward to ’09 and I am again on the ridge – snow well over 10 feet deep, with the same couple we went with in ‘92 . . . sans kids. It was fun and bittersweet. Before I left I picked up a new cap . . . to keep the memories fresh . . . 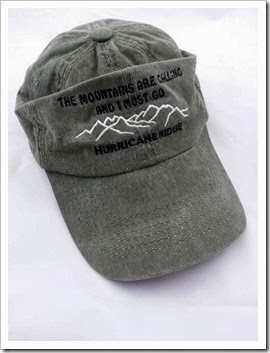 In 1989 I retired from the Air Force/IA-ANG after serving a total of 21 years. The demands of my business simply did not provide enough time to accept the invitation to command the 132nd CAM Squadron. When I left we were beginning the transition from the A-7 to the F-16. The A-7 was a workhorse that we took to countless bases in the US, Panama and England. We had two ball caps the “official” 132nd cap and the “unofficial” “Well Hung” cap. While the original caps have surrendered to the dustbin of history, the patches remain and have found themselves placed on new “homes” as needed . . . 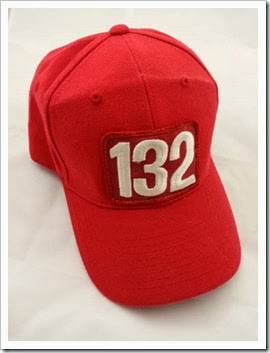 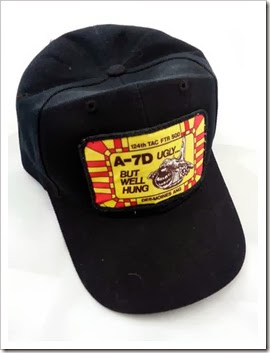 In ’03 I had a heart to heart with my urologist about Prostate Cancer. I had it . . . but I also had a 70 mile trek planned with the Scouts at Philmont for the end of July. I had delayed to my limit and on my birthday in April the offending gland was removed and I was glued back together - literally. My only demand was that I be able to take the trek 90 days later. I did – and at the end I bought “the hat”. It represents the trek of a lifetime with my son, of a victory over an aggressor and a belief that He does watch and answer prayers. It remains “original” – unwashed and wonderful . . . 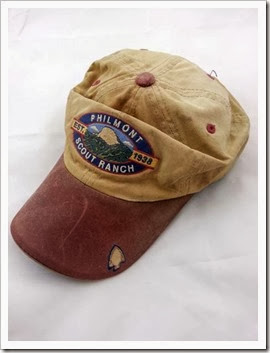 Markers . . . we all have them. Some are coins, some are patches, some are shoes and some are caps. They represent our lives – our journey – things we have survived – places we have enjoyed – and people we love.

They deserve places of honor and they deserved to be used, worn and shared.

Posted by eiaftinfo at 8:21 PM